During the late 1960s, black leaders had grown increasingly concerned about their communities’ access to capital and their share of banking deposits in comparison to whites. Black communities were underserved by white-owned banks, which often refused to make loans to businesses owned by African Americans. Black leaders organized to improve access to capital in black communities and help black-owned businesses get loans from other sources.

African American community banks are products of these struggles and have worked tirelessly to give their customers the diversified services they have longed for.

Here are different ways the black-owned banks have helped improve diversity in the financial services they offer. 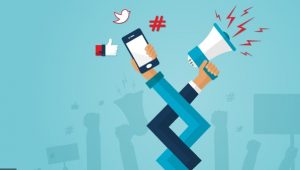 OneUnited Bank is the largest black-owned bank in the country, headed by Kevin Cohee. It’s been speaking out against injustice and racism in response to the recent Black Lives Matter movement. Citizens Trust Bank was founded in 1936 by a group of African American executives, while Broadway Federal Bank was established in 1968. Both organizations have historically focused on serving their communities’ needs through financial services, but they recently started reacting more publicly to racial issues.

Broadway Federal has launched an ad campaign called “End Racism,” featuring people holding up signs saying things like “I am proud to be white,” or “I am not racist.” The bank says they want to show people that racism happens everywhere—not just between white and black people—and that if we’re all against it together, then maybe someone will listen.

Promoting Social Justice Through their Packages

The term “social justice bank” is relatively new. OneUnited Bank, for example, was established in 1968 and has a history of supporting civil rights causes. But the concept of the social justice bank goes back decades before that. In fact, it can be traced back to black people’s struggle for financial independence in the early 1900s and 1910s as they fought against discriminatory banking practices (such as redlining) that prevented them from having access to capital sources like mortgages and small business loans.

And while social justice banks have been around since then, they’re not just community banks—they’re often part of larger networks with other organizations geared toward promoting change through economic empowerment issues such as affordable housing or food security.