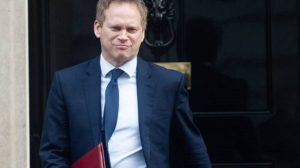 Codat – the universal API for small business data – and a group of lenders have written an open letter to Secretary of State for Business, Energy and Industrial Strategy, Grant Shapps, calling for the government to support improved data sharing initiatives to tackle the difficulties faced by SMEs in accessing credit.

Difficulty accessing funding is one of the biggest barriers to SME growth. The problem exists because the SME lending landscape is not set up for businesses or lenders to succeed. It’s too difficult for lenders to access accurate, up to date data to make informed decisions and loan applications are too complex and time-consuming for SMEs.

Stimulating growth in the SME sector – which contributes 50 percent of GDP and 60 percent of employment in the UK – is key to ending the ongoing recession. Improved data sharing between the financial tools used by SMEs and lenders is key to solving the problem, as set out in the ‘Closing the small business funding … Read More 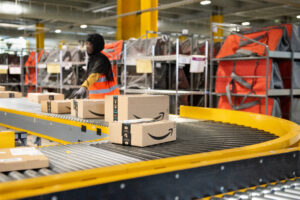 Amazon workers in Britain are taking strike action for the first time, with a third of staff walking out at a warehouse in Coventry in a dispute over pay.

About 300 members of the GMB union, out of the 1,000 who work in the company’s warehouse BHX4, were due to stop work from midnight today in a 24-hour stoppage.

They are asking to be paid as much as their colleagues in the United States, who receive $18 an hour, or £14.65, rather than the 50p-an-hour pay rise that Amazon proposed in an August pay review, which would take the lowest-paid employee to £10.50 an hour. Workers were also offered a one-off £500 payment for October and November.

The GMB said this rate of pay was lower than those offered by Asda, Disney and Primark, which also operate warehouses in the area.

A spokesman for Amazon said that operations this week would continue as usual and that customers would not see an impact. “We appreciate the great work our teams do throughout the year and we’re proud to offer competitive pay, which starts at a minimum of between £10.50 and £11.45 per hour, depending on location,” he said.

“This represents a … Read More An Australian-based startup, Recharge Industries, has made a nonbinding offer for the collapsed UK battery company Britishvolt that could revive plans to construct a large plant in northern England.

The bid was lodged in the UK late on Tuesday, shortly after a cash crunch at Britishvolt sent the company into administration. The collapse has severely dented the country’s attempts to modernise its automotive industry and supply the next generation of UK-built electric vehicles.

Hundreds of jobs were made redundant as the cash ran out, and plans to build a £3.8bn (A$6.7bn) “gigafactory” near Blyth in Northumberland left in tatters.

The Recharge Industries bid was first reported by the Australian Financial Review.

A successful offer would give Recharge, an Australian company that sits under New York-based investment firm Scale Facilitation, immediate scale in a burgeoning industry. It also plans to start building a battery factory in Geelong, the former car manufacturing hub south-west of Melbourne.

The proposed lithium-ion battery plant would not use Chinese or Russian materials, a decision that leverages Australia’s deep mineral deposits and limits supply chain risks.

“Strengthening our friends in … Read More 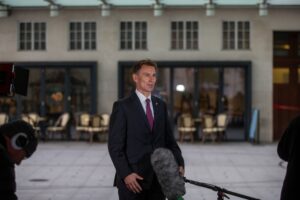 Britons will have to work for longer before claiming the state pension under plans to save the government billions of pounds by raising the official retirement age to 68 sooner than initially planned.

An announcement is expected by Jeremy Hunt this year. The Sun, which first reported news of the discussions in Whitehall, said the chancellor favoured raising the retirement age to 68 in the mid-2030s but that Mel Stride, the work and pensions secretary, was pushing for 2042.

Last month the government began a statutory review of the state pension age, with findings to be published in May. Ministers believe the changes are necessary to make pensions affordable to the taxpayer given the ageing population. The last rise saved the Treasury about £5 billion.

Critics said the move would disrupt the plans of those already planning for retirement and could alienate voters at the next election. 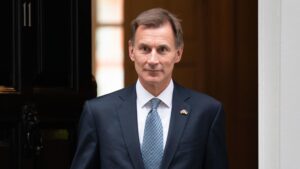 Britain’s prospects for growth have declined, leaving the chancellor with a multibillion-pound hole before the budget in March, the government’s spending watchdog has warned.

In a private submission to the Treasury, the Office for Budget Responsibility told Jeremy Hunt that it overestimated the prospects for medium-term growth in the economy last year and it intends to revise its forecasts down.

The downgrade would wipe out all of the government’s £9.2 billion headroom in Hunt’s autumn statement and limit his scope for manoeuvre as he draws up plans for the budget.

In November the OBR forecast that while the economy would shrink by 1.4 per cent this year it would pick up next year, with GDP averaging about 2.6 per cent over the rest of the forecast period. But The Times understands that the OBR intends to reduce its forecasts by between 0.2 and 0.5 per cent due to weakness in the economy and shortages in the labour market.

It now believes that, while any recession this year will be “shorter and shallower” than expected, the long-term economic prospects are bleaker.