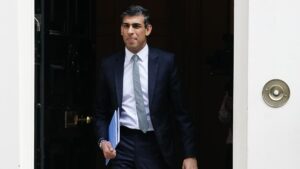 Rishi Sunak has suggested the government cannot afford any immediate tax cuts, saying people are “not idiots” and understand what is unaffordable.

But the comments risked opening a fresh conflict with Conservative MPs who have been making the case for tax cuts in the spring budget, in light of improving economic forecasts and as a way to increase growth.

It comes after we reported Treasury insiders as saying the chancellor was not expected to announce any tax cuts in his fiscal statement in March. They said that boosting growth, bringing down inflation and reducing national debt were the government’s top priorities as it seeks to restore confidence among business and the public – and only then could taxes be reduced.

However, MPs who remained loyal to Liz Truss’s tax-cutting agenda are putting pressure on the Treasury for more radical plans – and suggested Truss could speak out in advance of the budget.

They claim there are stronger signs of economic recovery including recent sharp falls in global energy prices and projections that suggest UK inflation will fall considerably this year.

Asked about tax cuts while speaking to the public in Morecambe, Lancashire, Sunak said: “I’m a Conservative, I want to … Read More 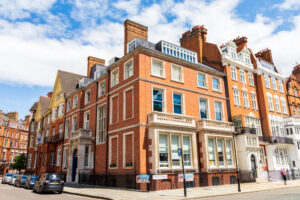 Britain is fast losing its reputation as a hub for wealthy investors and businesspeople, with hundreds more millionaires leaving last year.

In 2022 a further 1,400 high-net-worth individuals, defined as those with wealth in excess of $1 million, left Britain, according to data from Henley & Partners, the citizenship advisory firm. There are thought to be about 737,000 such millionaires in the UK currently.

The latest exodus continues a trend that began shortly after the Brexit vote in 2016, since when an estimated 12,000 millionaires have deserted the UK for pastures new. Among them will be dozens of well-paid bankers, who have been forced by employers to relocate around Europe in the wake of Brexit.

The European Banking Authority, the European Union’s industry watchdog, cited transfers from London as a key reason why the number of European bankers earning in excess of €1 million rose by more than 40 per cent to 1,957 in 2021.

Britain was once a magnet for the wealthy, who were attracted by the strong rule of law and the relative political stability, while a friendly time zone allowed them to conduct their business with staff and clients based around the world. “Now that Brexit has … Read More 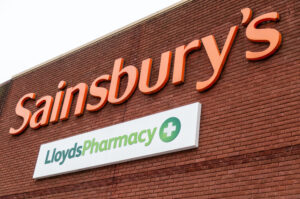 Lloyds Pharmacy is closing all 237 of its outlets in Sainsbury’s supermarkets amid fears of insufficient government funding for the industry.

The group said it was making the closures – which are thought to affect about 2,000 jobs – “in response to changing market conditions”, adding it was “currently exploring options for each individual branch”.

Kevin Birch, the chief executive of Lloyds, said: “This decision has not been an easy one and we understand that our patients and customers may have questions about how the change will affect them. We would like to thank them for their continued support and assure them that we are committed to providing a smooth transition over the coming months.”

The company did not confirm the number of jobs affected. It told the trade journal Chemist+Druggist: “Lloyds Pharmacy is committed to helping patients easily find a suitable alternative provision.”

Sainsbury’s confirmed that the closures would take place over the coming months and said it would “work with [Lloyds] to ensure customers are clear on how they can access an alternative pharmacy provision to meet their needs”.

The closures come about seven years after the supermarket sold its then 281-store pharmacy business to Celesio, the owner … Read More 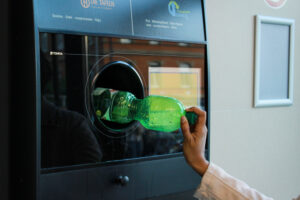 The launch of a long awaited deposit return scheme for plastic bottles in England is expected to be announced by the government.

Five years after Michael Gove first promised to bring it in, it is understood ministers will on Friday give the go-ahead for a deposit return scheme (DRS) that will not include glass, according to a report in the Grocer magazine.

The failure to include glass in the scheme, which was a manifesto promise, has been criticised by campaigners as a missed opportunity.

Surfers Against Sewage (SAS), which has campaigned for a DRS to tackle plastic pollution, said: “Whilst we should celebrate action being taken against the scourge of plastic pollution, this much delayed announcement on DRS appears a huge missed opportunity.

“The government has rolled back on its 2019 manifesto commitment to include glass, one of the most environmentally damaging materials. This is frankly nonsensical and puts England at odds with systems being introduced in Scotland and Wales, hindering UK-wide compatibility.”

The introduction of the deposit return scheme will not happen until 2024 – six years after it was announced by the government as a key environmental policy.

The delay has been criticised by SAS, which said it … Read More 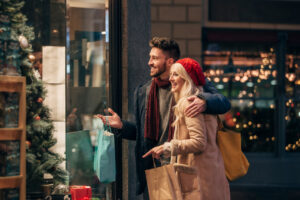 Retail sales fell last month as shoppers cut Christmas spending in the face of price rises and the higher cost of living.

Retail sales volumes dropped by 1 per cent, after a fall of 0.5 per cent in November, data from the Office for National Statistics shows. Economists had forecast a 0.5 per cent rise.

Compared with December 2021, sales were down by 5.8 per cent, the biggest fall for that month in records since 1997. In terms of value, spending was down by a month-on-month 1.2 per cent from November.

The fall will raise concerns about economic growth at the end of the year and for the retail sector. Christmas is a key period for retailers.

The decline last month was driven by a 2.1 per cent fall in sales in non-food items as households scaled back their spending as double-digit inflation eroded the value of earnings.

Sales volumes at food shops fell by 0.3 per cent after growing by 1 per cent in November. Some retailers said the growth reflected customers stocking up early … Read More