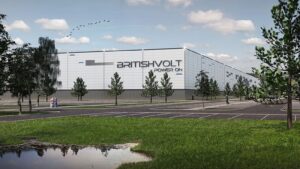 The majority of Britishvolt’s approximate 300 staff have been made redundant, administrators said, after the group made an application for administration to the courts on Tuesday.

It followed talks with investors over a possible sale to keep the firm afloat.

Britishvolt has been on the brink of collapse since £100m of promised government funding to build a planned battery gigafactory was delayed due to key targets for the investment being missed.

The move will have implications for Britain’s vehicle manufacturers, which experts say need battery factories to stop much of the country’s car production from shifting to mainland Europe.

Downing Street issued a statement soon after the news was announced saying it was aware of the speculation but would not comment directly on the firm, saying “we will await further updates from that specific company”.

The prime minister’s official spokesman said: “We continue to take steps to ensure the UK remains one of the best locations in the world for automotive manufacturing as we transition to electric vehicles. 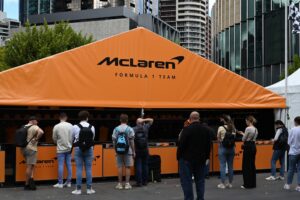 Entain, the global sports betting, gaming and interactive entertainment group, and the McLaren F1 Team, are today launching applications for their joint Returnship programme, to help reignite the careers of women returning to roles in STEM.

While the representation of women in STEM (Science, Technology, Engineering and Mathematics) is steadily increasing , there remains a significant gender imbalance – in the UK, just 26% of STEM graduates are women, and only 24% of the STEM workforce are women. There is an urgent need to change the perceptions of careers in STEM, open more opportunities for women to pursue careers in the field, and help both women and men thrive equally in STEM.

As 26% of sports bettors globally are now female, and F1 continues to experience a rise in female fans, with approximately 40% of fans now female, it has become even more important for both companies to reflect the customer experience by having a diverse workforce. The Returnship programme is another step in the right direction to making this change.

Jette Nygaard-Andersen, Entain CEO, said: “The fusion of technology, sport and entertainment, and desire to support talented women re-entering the workforce meant that launching this brand-new programme with our … Read More 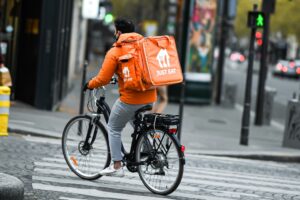 Sainsbury’s has joined the rush to provide almost-instant home shopping by signing a deal with the food delivery app Just Eat to offer the rapid distribution of groceries from 175 stores.

Under the deal, outlets in London, Edinburgh and Bristol will provide the service from the end of February offering a choice of 3,000 items delivered in less than 30 minutes. Sainsbury’s already offers its own Chop Chop fast delivery service and has partnerships with Deliveroo and Uber Eats.

Siobhan McMullan-Finnegan-Dehn, the director of e-commerce at Sainsbury’s, said: “Just Eat will offer another fast and convenient way for customers to get Sainsbury’s groceries delivered to their door. We are always on the lookout for more ways to make our customers’ lives easier and we look forward to working with Just Eat.”

The partnership follows Just Eat’s earlier tie-ins with Asda and the Co-op to deliver groceries, while all three grocery chains are already working with Deliveroo alongside Morrisons and Waitrose.

Just Eat also works with the rapid delivery service Getir, and its former rival Gorillas has worked with Tesco, which also runs its own rapid service Whoosh, and promises groceries within an hour. Morrisons, meanwhile, has joined up with US-owned … Read More 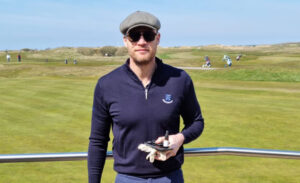 A Stockport-based CBD health business backed by ex-England cricketer Freddie Flintoff has hit sales of more than £11 million in 2022.

Naturecan, which has 50 staff and is based in Stockport, has enjoyed rapid growth since starting in 2019 and revenue for 2023 is projected to be more than £18 million.

Co-founder and CEO Andy Duckworth said: “We had a really strong year and thankfully some of the supply chain issues which have been hitting business such as the increase in freight costs have not hit us as hard.

“We are really excited about 2023 and are projecting sales to nearly double again thanks to the global demand for CBD and wellness products, the loyalty of our valued customers, and hard work and talents of our staff.”

Naturecan was one of the fastest growing health and beauty ecommerce brand in the UK, with sales rising by 220% in 2021, and came sixth on Brightpearl’s Lightning 50 listing the UK’s top 25 online brands.

A key element behind its success has been introducing retail operations specialists Brightpearl, who improved efficiency and helped with monitoring of … Read More 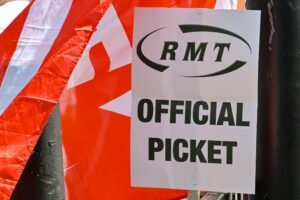 Talks will continue this week between the rail industry and the National Union of Rail, Maritime and Transport Workers (RMT) amid renewed optimism that a deal can be reached without further strikes.

However, the drivers’ union Aslef was set to reject an initial offer from train operators, meaning a full resolution to the long-running pay dispute on the railway is likely to remain some time away.

Network Rail – responsible for track, signalling and other infrastructure in Great Britain – and the Rail Delivery Group (RDG), representing train operators, were set to resume separate negotiations in London with the RMT leadership on Tuesday morning.

Sources close to the dispute said the RMT believed it could reach an agreement without taking further action, after a four-week period of strikes and other industrial action either side of Christmas.

However, the union said it was still awaiting an improved offer in writing from Network Rail and the RDG – something it regards as a prerequisite after a clause inserted at the last minute scuppered a prospective deal with train operators in December.

An 8% offer was rejected outright by the RMT general secretary, Mick Lynch, who accused the government of “torpedoing” the deal … Read More