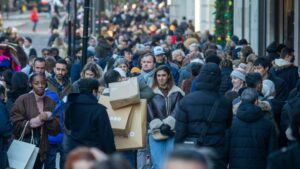 The economy grew 0.1 per cent in November, raising the possibility that the economy avoided entering recession at the end of last year.

Output edged up over the month, helped by growth in the dominant services sector, with pubs and bars enjoying a boost as people went out to watch World Cup games, the latest Office for National Statistics figures show.

The rise comes despite households and businesses facing sustained pressure from higher interest rates and rising living costs. Economists had predicted a 0.2 per cent decline.

There was a return to monthly growth in October with a 0.5 per cent rise in gross domestic product (GDP), which is the main measure of output. The reading is thought to have been flattered by contractions of 0.1 per cent in August and 0.6 per cent in September, when an extra bank holiday for the Queen’s funeral suppressed growth.

Assuming no revisions to past data, December’s GDP will need to … Read More 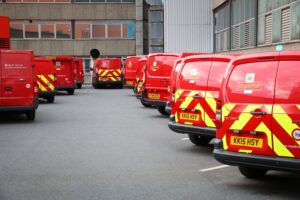 Royal Mail has been hit by a ransomware attack by a criminal group, which has threatened to publish the stolen information online.

The postal service has received a ransom note purporting to be from LockBit, a hacker group widely thought to have close links to Russia.

Royal Mail revealed that it had been hit by a “cyber incident” on Wednesday, and said it was unable to send parcels or letters abroad. The company asked customers to refrain from submitting new items for international delivery, although domestic services and imports were unaffected.

Ransomware attackers exploit gaps in organisations’ security to install their own software and encrypt files so they are unusable. They then ask for a ransom, often in cryptocurrency, which can be harder to trace because it is not reliant on the banking system.

Printers at a Royal Mail distribution site near Belfast in Northern Ireland started printing ransom notes, according to the Telegraph. The note said: “Lockbit Black Ransomware. Your data are stolen and encrypted.” 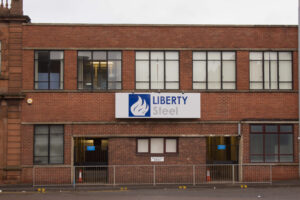 Liberty Steel has announced plans to cut 440 jobs and suspend manufacturing at its plant in south Wales, in a sign of difficulties in Sanjeev Gupta’s metals empire.

The steelmaker on Thursday said it would turn its Newport manufacturing plant into a distribution centre, make idle a site at nearby Tredegar and another at West Bromwich, in the West Midlands, and cut back production of primary steel and steel products at Rotherham, Yorkshire.

Liberty Steel companies in the UK have been struggling since the collapse of Greensill Capital, which was formerly a financial backer of Gupta’s collection of companies known as Gupta Family Group (GFG). The new restructuring plan is the latest in a series of changes made to try to revive its fortunes.

Gupta’s companies face a string of problems, ranging from the resignation of the auditor of several key companies in September, to an investigation announced in May 2021 by the UK’s Serious Fraud Office into “suspected fraud, fraudulent trading and money laundering”.

Liberty said the cuts would help to save the jobs of another 1,900 permanent employees. The company last year said it had 3,000 UK employees.